A State of Anxiety 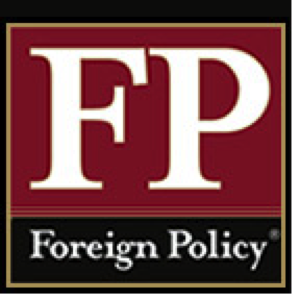 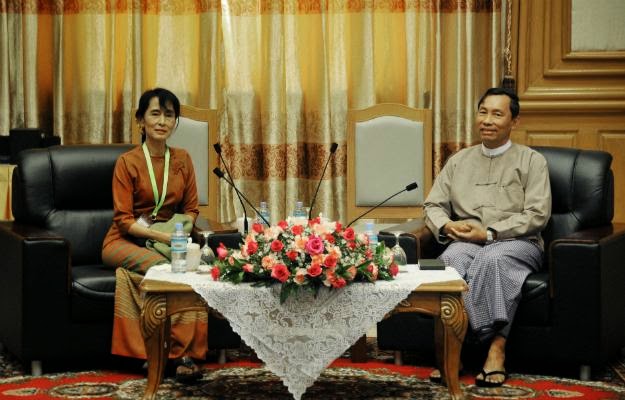 I visited Burma for the first time in 16 years last December. Back then I felt relative optimism about our country's political transition -- despite its deepening poverty, the ongoing war against the Kachin ethnic group, and sectarian violence between Buddhists and Muslims. The release of hundreds of political prisoners, the emergence of a free press, and Aung San Suu Kyi's electoral victory in the 2012 by-elections gave people reason to hope that the country would soon be free and developed.

Now I've come back, and this time I see a totally different country. The winds of change are carrying a bad smell rather than fresh air. Anti-Muslim hate speech and riots have spread to major cities, and Buddhist monks are aggressively interfering in our multi-ethnic polity by pushing a draft law that restricts inter-faith marriages. The monks are even threatening politicians who refuse to endorse their bill with retaliation when the country holds its next general election three years from now. There's no doubt that elements within both the ruling elite and the political opposition are taking advantage of rising ultra-nationalism by either jumping on the bandwagon or dodging responsibility for tackling the problem. Horrible as this is, it's not just ethnic and religious minority groups that are being attacked. Women, too, are increasingly becoming victims of ideological extremism and political opportunism, as manifested by the draft law on inter-faith marriage.

But perhaps the most worrisome trend in Burma these days is a widening split between the president and the powerful speaker of the lower house of parliament. Worst of all, part of the responsibility for the resulting anxiety lies with Aung San Suu Kyi, since she has decided to side with Speaker Thura Shwe Mann against the government.

Since the start of the political opening and the initial negotiationsbetween Aung San Suu Kyi and President Thein Sein in 2011, observers have noted that a stable relationship among the three leading figures in the country -- the president, the speaker of the house, and opposition leader Aung San Suu Kyi -- is critical to the success of Burma's reform. There has been a constant personal (and to some extent institutional) rivalry between the president and the speaker almost from the beginning of the current transition. But despite everything the two men's relationship has never been as ugly as it is right now.

Most recently, the speaker has challenged the government's approach to peace talks with the ethnic rebel groups, demanding parliament's direct involvement in ceasefire negotiations with theKachin. "I've been informed by some lawmakers and through public opinion that the peace talks have failed to achieve peace," Shwe Mann told parliament.

He has even called for a meeting of National Defense and Security Council (NDSC), the military-dominated eleven-member body that holds wide-ranging powers, in order to discuss the executive's handling of the peace issue. This unusual attempt to activate theNDSC, which has not met for some time, raised the eyebrows of several observers who once viewed the speaker of the house as a champion of reform.

It is now clear that Shwe Mann's move was intended to weaken President Thein Sein and his reformist aides from the government think tank, the Myanmar Peace Center (MPC). The president is reportedly being strongly considered as a candidate to win the Nobel Peace Prize later this year for his reforms, and any major fallout from the intensifying power struggle within the troika could damage his credibility and even put proposed reforms off track.

Many people in intellectual circles and the business community worry that Aung San Suu Kyi is in the wrong political camp. Civil society activists are dismayed by her political maneuvering within the elite and her neglect of the population's more immediate problems, ranging from ethno-religious conflicts to dire poverty. It seems that all stakeholders, including the ethnic groups, will be forced to take sides in this escalating power struggle as the 2015 elections approach.

All observers, in any case, tend to agree that the political situation in Burma this year is becoming a serious cause for anxiety. One last thing that could compound these concerns is the lack of clarity about the military's preferences. No one knows whether the head of the armed forces, Senior General Min Aung Hlaing, will choose to take sides in this power struggle, or whether he entertains political ambitions of his own. If the latter is the case, it would almost certainly complicate Burma's political transition and perhaps disrupt the reform process. Given the recent events in Egypt, there seems good reason to be worried about the possibility of a fresh military coup in Burma as well.

Min Zin is the Burma blogger for Transitions. Read the rest of his posts here.

A State of Anxiety